The follies and fallacies of the US and the EU are still going on about Taiwan. Now the tally of "axis of aggressors" has been further consolidated up to the Group of Seven (G7) as the foreign ministers also issued statement against China and defended Pelosi’s visit to Taiwan.

Despite their dissemination of "false" and "fake" propaganda about so-called Chinese aggression in the shape of massive military drills after the visit of the US speaker Nancy Pelosi to Taipei, China is not frustrated but more focused; not racial but responsible; not aggressive but more accommodating; not schemers but more supporters of regional peace, stability and harmony through its holistic policies of shared prosperity, global development and security initiatives. Thus their propaganda does not have substance but gather only "self-defeating" dark shadows.

On his part, the Chinese State Councilor and Foreign Minister Wang rebuked foreign ministers of the G7 nations for telling Beijing not to use a visit by U.S. House of Representatives Speaker Nancy Pelosi to Taiwan as "pretext" for aggressive military activity in the Taiwan Strait.

Wang made the remarks as he attended the China-ASEAN Foreign Ministers’ Meeting in Phnom Penh, Cambodia.
Unfortunately, the G7 joint statement issued claimed China’s aggressive plot to Pelosi’s visit risks increasing tensions across the Taiwan Strait while calling on China not to "unilaterally change the status quo by force" in the region. Even Antony Blinken, the US foreign secretary, warned China not to "construct" any crisis out of the visit of Pelosi.

The Chinese foreign minister "repudiated" the G7’s baseless indictments against China’s "reasonable" and "legitimate" initiatives to safeguard its sovereignty and territorial integrity.

The Chinese Foreign minister Wang termed it "white black" which confuses right and wrong, and makes false accusations against China’s reasonable and lawful measures to safeguard sovereignty and territorial integrity. Simply, the G7 does not have any right to speak on China’s "righteous" and "strategically appropriate response".

He rightly upheld that the US has a rich history and vast experience in creating troubles, provoking crisis and continuing to escalate tensions and, moreover, its blatant provocation has set a bad precedent. As the real essence of international law empowers ones country to take all possible countermeasures to defend its sovereignty and national dignity, the recent statement of the G7 is against the international diplomacy and principles of engagement.

Furthermore, he also urged on the international community to oppose any moves or statements challenging the "One-China principle", and unite to safeguard peace and stability in the region.

In this connection, the Chinese Foreign Ministry spokesperson Hua Chunying in a regular press briefing also "smashed" the G7 countries over their so-called statement and labeled it as "hypocrisy" and "ugliness" of the G7, which have been fully exposed as they have turned a blind eye to Pelosi’s Taiwan visit before it happened, but have now jumped up to accuse China when it is taking actions of justice.

In this context, Hua "echoed" that China has the right to safeguard its sovereignty and territorial integrity, saying the US’ acts seriously undermined the One-China principle as well as China’s sovereignty and territorial integrity.
She stressed that, despite the China’s strong opposition and serious representations about stopping the expected visit of Pelosi to Taiwan, it was apparently carried out in coordination of the US establishment, which is shocking. Thus it should not be merely considered as a "soft landing" but must be highlighted as "suspicious comedy of diplomatic error" and rather a "diplomatic coup against China".

She further clarified that the visit to Taiwan should not be taken as a normal and routine matter because it is against the very basic spirits of the "One-China Policy" which has been the basis of Chinese foreign relations with other countries. Thus the One-China principle should be an important political foundation for the G7 countries to establish diplomatic ties with China.

She further upheld that the heads of the legislatures of the G7 should follow the foreign policies that the governments have acknowledged and commit to.
It seems that, unfortunately, the G7 countries are still in the state of total "denial" and still live in the days of the "Eight-Power Allied Forces" from over 120 years ago. They should realize that the world has now totally changed and the imperialist powers should not dare to look-down on the Chinese people anymore. Thus, G7 should come out of their deep "slumbers" and euphoria of imperial dream and hegemonic designs should be immediately discarded.?

China has the right to defend its sovereignty and territorial integrity. The recent visit of Pelosi in the Taiwan Strait has caused serious damage to the One-China principle and to China’s sovereignty and territorial integrity. Time and again, the Chinese government, policy makers and common people alike stressed their firm opposition to separatism aimed at "Taiwan independence" and foreign interference.

China is fully "determined" not to give any room for any form of "Taiwan independence" forces. If the US continues down the wrong path, then all "consequences" arising therefrom shall be borne by the US. Therefore, the visit of Pelosi should be termed as a "malicious provocation" and China has been "pushed" to act in self-defense.

Moreover, as such a blatant provocation that violates China’s sovereignty and territorial integrity, it is only legitimate and necessary that China must take countermeasures in response, and these measures are sure to be strong and resolute.

More than 100 countries supported the One-China policy and stress the importance of China’s efforts to uphold sovereignty and territorial integrity. The recent visit of Pelosi to Taiwan should be considered as a "dangerous", "reckless" and "irresponsible" provocation against China.

China has consistently and firmly opposed any form of official exchanges between the Taiwan region and countries having diplomatic ties with China. So, twisting bitter facts and playing games with words or trying to redefine commitments means nothing and achieves nothing.?

It is crystal clear that in the modern human civilization and modern political world there is only one "version" and one "connotation" of the One-China principle, i.e. there is only one China in the world and Taiwan is part of China.
Obviously, the government of China is the "sole legal government" representing the entirety of China. Even the UN General Assembly Resolution 2758 adopted at the 26th in 1971 also reconfirms it. Therefore, the G7 foreign ministers should not try to "unilaterally" change the principle. There should be no misinterpretation or distortion of the principle.

Ironically, the national histories of the G7 countries remain "disreputable", "destructive" and "damaging" to humanity at large. It has been full of brutal acts and coercive deeds of genocides and massive discriminations.
So, the G7 countries so-called self-acclaimed champion of humanity and democracy should feel sorry about their past deeds and should not blame China about its "sensible" countermeasures in a very "sensitive" situation after the visit of Pelosi visit to Taiwan. Simply, the G7 is "globally dictatorial".

To conclude, the US speaker Pelosi controversial visit to Taiwan has destabilized the regional stability of the Indo-Pacific region which has very serious socio-economic, geopolitical and geostrategic spillover ramifications for rest of the world.

The unstoppable bullies of the G7 have now forced the Chinese government to announce its disengagement with the US on the issues of climate change and military cooperation.

Unfortunately, Pelosi's notorious visit has become a new regional flashpoint which has immense global outreach. Immediately, the Chinese People's Liberation Army (PLA) called on its war jets and war vessels to conduct live-fire drills near the Taiwan Strait to defend its One-China policy and extortion against sovereignty and territorial integrity.

A spokesperson of the Chinese Mission to the EU criticized the statement of the G7 foreign ministers and the EU high representative, and termed it as "reminiscent" of the "Eight-Power Allied Forces" that invaded China a hundred years ago.

Rightly, China labeled G7's joint statement as "ugly" and "shameless". Hopefully, the controversial visit of Pelosi to Taiwan will be remembered as "waste paper" in history and the G7 bullies should also be judged as "irrational", "provocative" and "indecent" who intentionally try to change the status quo and undermine regional peace and stability.

Mehmood Ul Hassan Khan is the executive director for The Center for South Asia & International Studies (CSAIS) Islamabad and a regional expert in China, CPEC & BRI.

The opinions expressed here are those of the writer and do not necessarily represent the views of China Daily and China Daily website. 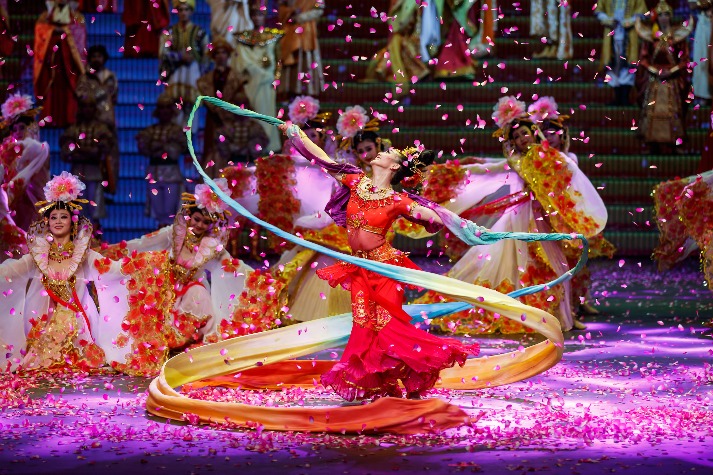 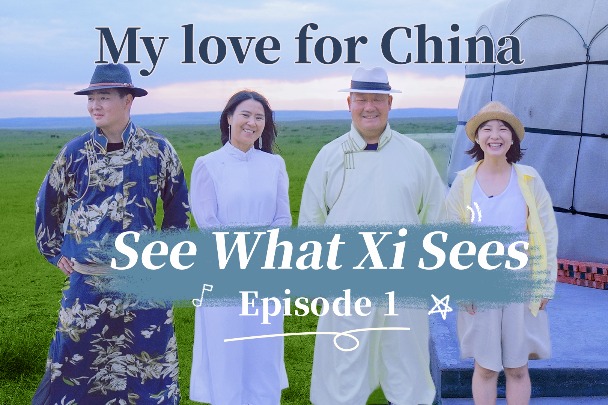 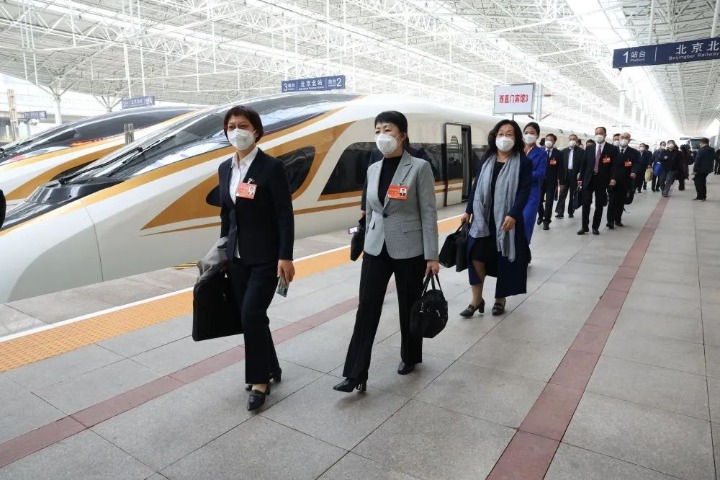 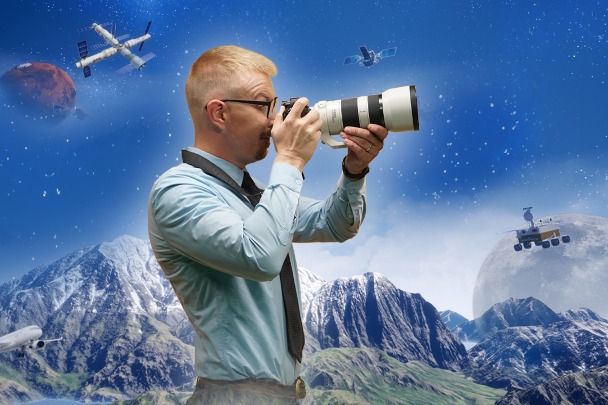 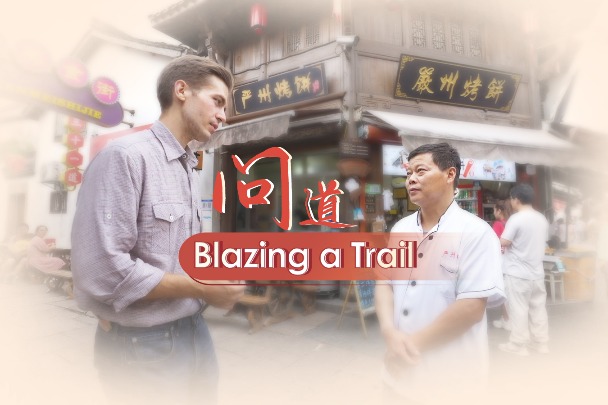 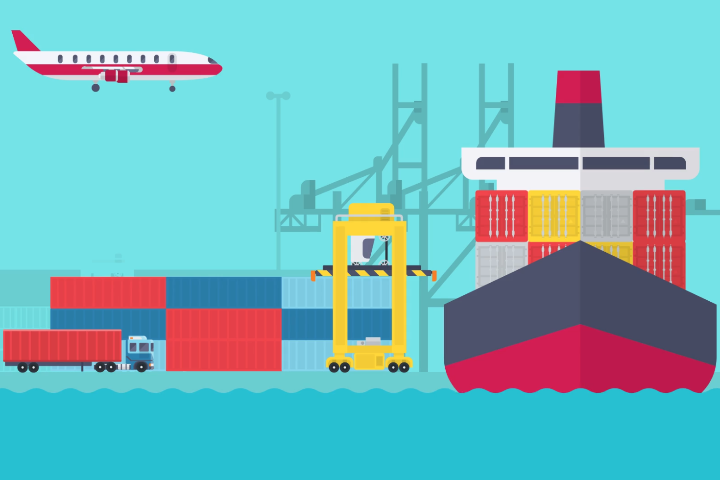 Should mercy points be given?

Europe should not sleepwalk into another world war
Forum
Featured Contributors

How to make sure we really leave NO-ONE behind

Shift to clean energy is conducive to high-quality growth